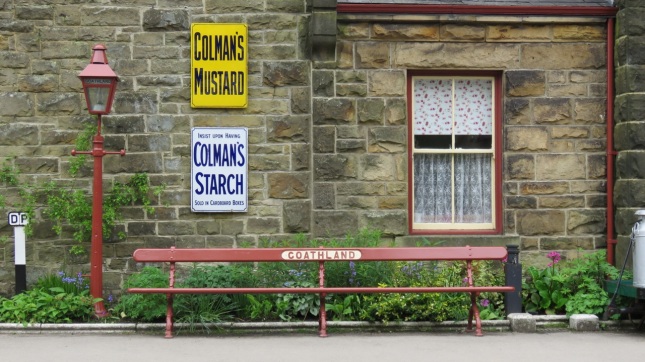 It was my final day in Goathland and with a long bus trip planned for tomorrow I wanted to find a walk that didn’t require public transportation. I chose to head in the opposite direction from yesterday and began by taking the public footpath towards Abbots House. This is an old favourite that forms part of a short circular walk around the village. After passing through a handful of fields and a campground I turned left and followed the old rail line back to the village, past the cricket ground and exiting on the road near the Goathland Hotel. The groundskeeper was busy rolling the wicket for a Sunday afternoon fixture and I was tempted to hang around to watch but the weather was misty and cool, not the greatest for spectator or player.

I headed to the Goathland train station to have a look around. I didn’t ride the North York Moors Railway this trip but I have enjoyed the steam train on previous visits. The station and the village of Goathland will be familiar to viewers of “Heartbeat“, a British TV programme that was extremely popular for the better part of two decades. It still attracts visitors today despite the series having ended in 2009.

I used the footbridge to cross over the tracks to the other platform and then followed a footpath behind the station that led up to the moor. The trail passed a reservoir and continued to climb to the main road that leads into Goathland. The path was mucky in spots and the temperature continued to drop as the wind intensified. I followed this minor road for a good mile, not the highlight of the day as it was exposed to both the wind and the holiday traffic. I joined a track that led to an old quarry at which point the moor really opened out in front of me. The vista wasn’t spectacular but it certainly was atmospheric with the mists rolling across it. 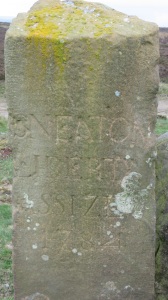 My mid-90’s Ordnance Survey map showed a large forest on the horizon but there has been considerable logging since then. Fortunately the power pylons are exactly where they were two decades ago and so I was able to track my progress. I was looking to link up with a bridleway through the heather and noticed a pair of old stone markers from the 1784 Sneaton Liberty Assizes. There were no clear signs of a bridleway but a closer look revealed a broken bridleway marker lying in the heather. I carried on down a soggy sheep trail towards the corner of a what used to be a forest and then linked up with a dirt track that was more or less going in the direction I wanted. It followed the contours of a hill and slowly began to descend through fields filled with sheep and a herd of cattle that included a bull.

I carried on for another mile or two and had been walking away from Goathland for a good 2.5 hours. With the weather deteriorating I decided it was time to plot a route back. I decided to backtrack a short distance and to look for a bridleway that would provide an alternate route back to the main road. I spotted the bridleway sign pointing through the middle of a field that disappeared up and over the horizon. I marched off in the general direction, through long grass and grazing sheep, looking for a gate. I couldn’t see one so I did what I normally do in these situations and made for the fence and followed it until I came to the gate. I was now back on a dirt track which passed through several stone enclosures and fields. I soon realized the track was going to merge with the power lines which meant I had missed my turn. I could tell from my maps that I was meant to cross the power lines near a pylon at the top of a small hill and so I replotted my course towards what looked to be a likely candidate. 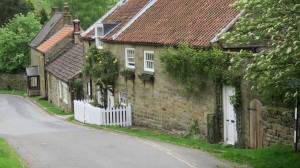 Before long I was back on a track leading to the busy main road which I followed for ten minutes before rejoining the minor road I had followed this morning. I wasn’t on it for long though as I headed down an even quieter road signposted for Beck Hole and Greenlands Farm. I’d never been on this road before although I did cross it when I walked to Whitby earlier in the week. The scenery was lovely, all the more so when the road descended towards Beck Hole and then through the tiny hamlet.

It was bank holiday Sunday and so the Birch Hall Inn was packed with walkers and day trippers. It was my final visit to the pub and so I shoe-horned myself into the public bar with at least 18 others and 5 dogs. I supped my pint of Black Sheep and soaked up the atmosphere one last time. 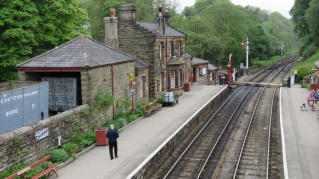 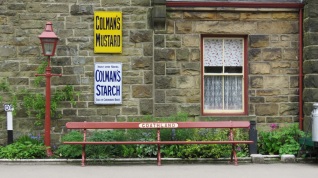 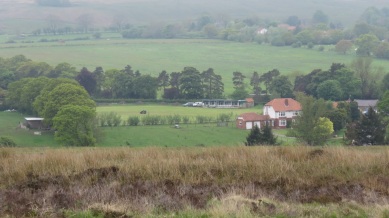 Goathland’s cricket ground in the distance 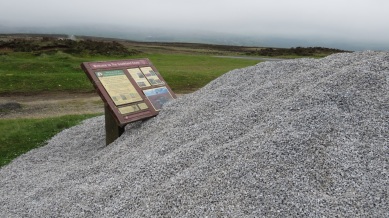 Tricky to read this one 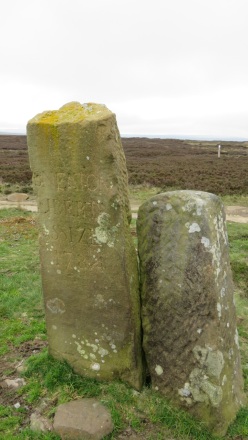 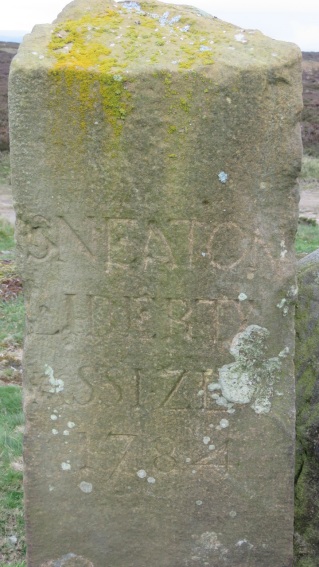 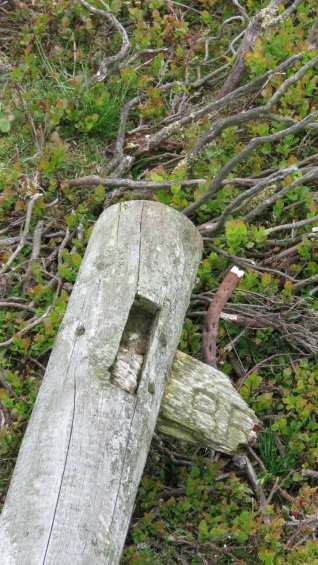 It won’t do much good down there 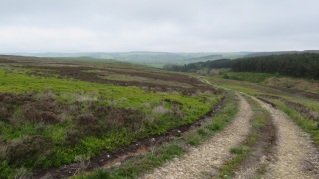 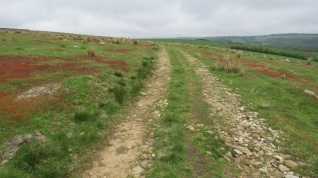 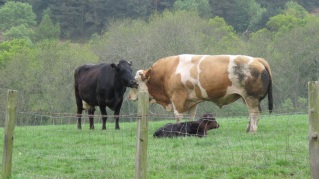 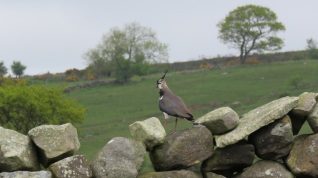 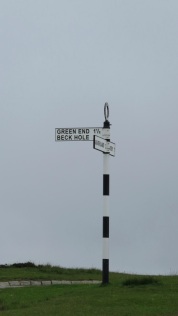 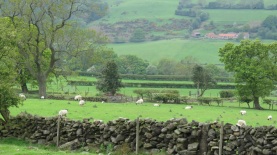 On the road down to Beck Hole 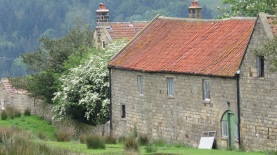 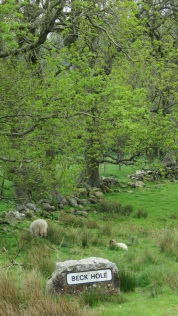 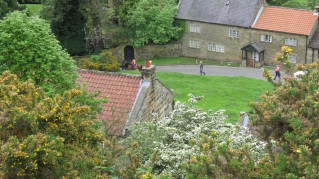 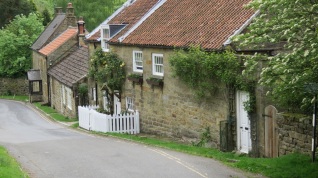