I’ve spent quite a few evenings in the past month pondering possible walking routes for 2016. In fact I’ve spent the better part of three years (!) sifting through various itineraries, often settling on a particular idea only to discard it a few weeks later. Despite the setbacks planning an adventure is an activity I’ve enjoyed since I was a 15-year old daydreaming about my first trip to Europe.

I’ve moved around quite a bit in the last 35 years but despite a couple of significant down-sizings I still have a handful of guidebooks that inspired me all those years ago. I’m featuring some of them today as well as a photo of myself taken during my first backpacking trip through Europe in 1983 (care of my travel buddy Scott). It’s taken 30+ years but I think my ‘look’ is back in style.

Back in ’83 Scott and I planned our 6-month adventure with military precision. We never expected to follow our itinerary to the letter but surprisingly we weren’t far off. One of the main reasons for all the planning was that we were on a strict budget. We didn’t manage 84-cents a day but we did keep to $15 a day excluding our flights and a pair of two-month Eurail Youth Passes. In the process we must have stayed in nearly 100 hostels. We only began ponying up for cheap hotels when we reached Italy and Greece and if I remember correctly we found a room in off-season Santorini for about a buck each. Incidentally I read today that Ryan Air is offering €5 flights to Athens so who knows what the future will bring.

While I’m no longer a starving student I’m still careful with my cents and pence and with the Canadian dollar tanking I’m more conscious of it now than I was in 2010. A 4-5 month stay in the UK is a significant investment and so I need to build some flexibility into my itinerary. At this point my plan is to spend most of the time in Britain but if the Pound becomes too dear I may need to head to the land of the Euro.

With this in mind I’m hesitant to plan a LEJOG-style walk from point A to point B. This was never a requirement of course but I do admit there is something magical about walking 1000+ miles without using any other form of transportation. One prerequisite I do insist on is that I cover new ground, with the possible exception of one or two short sections I walked in the 1990’s. With this in mind I’m seriously considering doing a collection of Long-Distance Walks in England, Wales and Scotland, some of which could be linked together to create walks of 3 to 4 weeks in length.

In addition to the flexibility this approach provides it also ensures that I spend the bulk of my time in walking country and less time walking between Long-Distance routes. One disadvantage is that a series of walks lacks the focus of a continuous walk. Will it be tougher to keep going if you don’t have a carrot dangling from a stick? I will likely set myself a different objective, perhaps walking a minimum of 100 days or a certain number of miles. I’ve mulled this over quite a bit and would be interested on your thoughts. 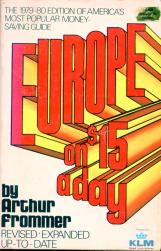 And I did it too 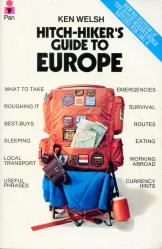 Straight from the Hippie Trail 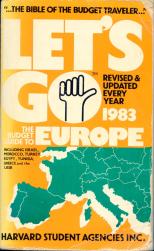 My well-worn guidebook that travelled with me in 1983